Japanese cuisine offers an abundance of gastronomical delights with an endless variety of regional and seasonal dishes.

A traditional Japanese meal consists of rice with miso soup, pickled vegetables, and a fish or meat dish. Whilst rice is the staple food, a variety of noodles (udon, soba or ramen) are popular for light meals. As with some of the Indian traditions, a typical Japanese meal is served with rice in its own small bowl, and each of the other items placed on its own small plate or bowl for each individual portion.

In the recent years, Japanese cuisine has become much more familiar and appreciated around the world, with popular dishes such as Tempura, Sushi and a selection of noodles dishes.

Seasonality plays a huge emphasis on Japanese meals, such as Bamboo Shoots being used in Spring and Chestnuts in Autumn.

Thai cuisine is one of the most popular cuisines in the world. Each region in Thailand has developed its own style and is different to those dishes of other regions. Thai Chefs apply supreme significance to the balance, detail, and variety in their food and they place significant emphasis on lightly prepared dishes with strong aromatic components with a spicy edge.

Thai food is balanced between different flavours with a combination of sour, sweet, salty, bitter and spicy tastes. As with a lot of the Asian continent, rice is the staple food for Thais.

The attention to detail placed in Thai cuisine as well as the flavours, make it one of the most popular cuisines in the world.

Traditionally a majority of Thai people ate with their hands like the people of India.

A typical Thai meal consists of rice with a selection of complementary dishes shared by others, of which these dishes would form a harmonious contrast of flavours and textures. Everything is served at the same time, including soups. A traditional Thai meal would consist of five elements: a dip or a relish for raw or cooked vegetables, a clear soup, a curry or stew, a deep-fried dish and a stir fried dish of meat, fish, seafood or vegetables.

We offer a variety of Asian cuisine for any occasion. 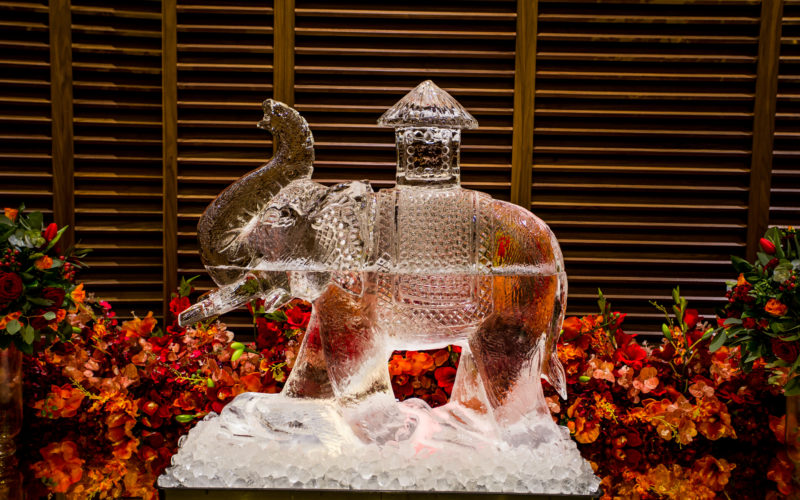 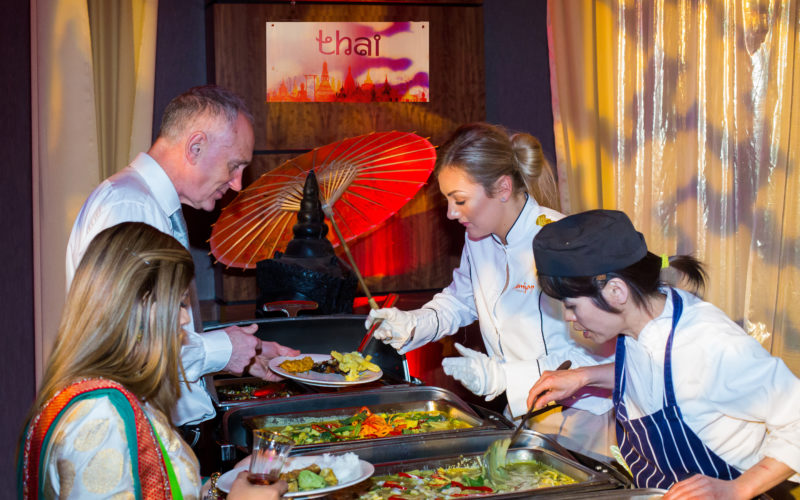 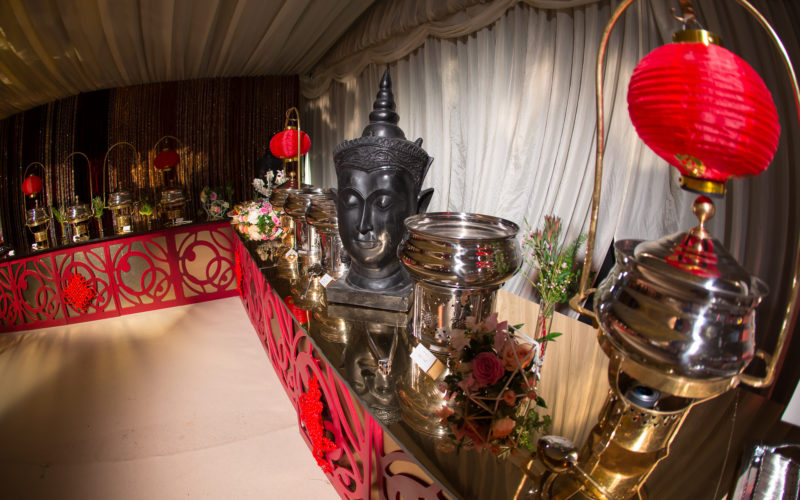 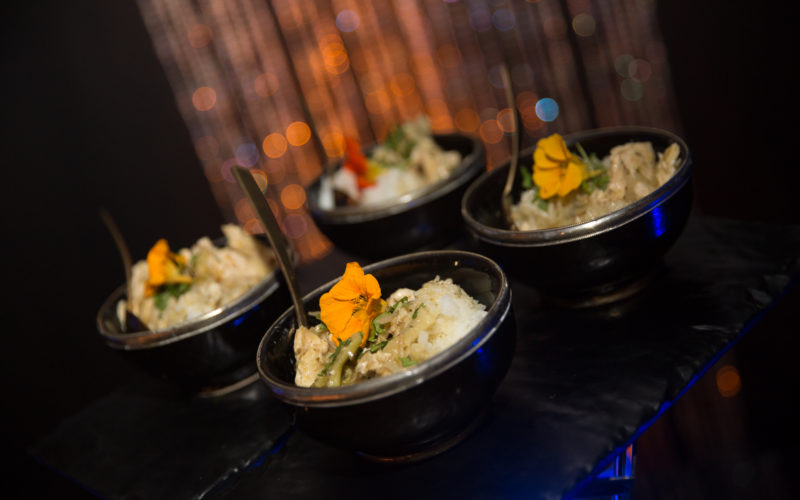 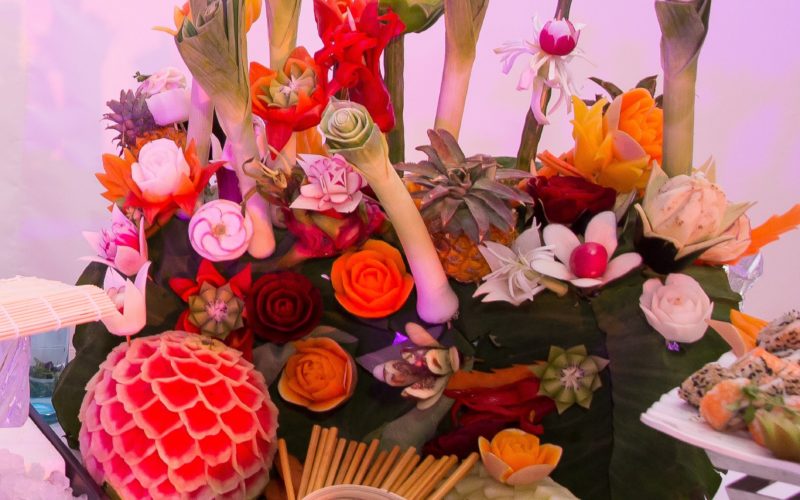