South Indian cuisine usually consists of dishes from the five southern states of India: Andhra Pradesh, Karnataka, Kerala, Tamil Nadu and Telangana. Each state has their own variants of common dishes as well as regional specialities.

Predominantly this cuisine is rice based and is combined with lentils and stews to make wonderful meals. This includes dishes such as Dosa (lentil and rice crepe), Idli (steamed lentil rice cakes), Vadas (savoury doughnuts), Uttapams (rice and lentil flour pancakes) and Sambhar (spicy lentil and vegetable stew) all of which are particularly popular in Tamil Nadu. All of which are usually served with Sambar and various chutneys. Sambhar is almost eaten alongside most food items such as Dosa, Idli and Vada. Whilst in Kerala the staple food is fish accompanied with steamed rice and Andhra Pradesh is famous for its hot and spicy cuisine

Southern Indian cuisine is famous for its various spices and spicy foods as well as the significant use of coconut in their dishes. This cuisine has a brilliant blend of flavours, colours, seasoning, nutritional balance, fragrance, taste and visual appeal.

Aromatic spices which form the basis of most South Indian dishes include a blend of curry leaves, coriander, cinnamon, green cardamom, nutmeg, coconut and rosewater alongside the more common spices used in Indian cooking.

Traditionally a meal would be served on a banana leaf, and the meal would be eaten whilst being seated on the floor. A banana leaf is used as it provides a nice aroma to the food and improves the taste of some foods like Rasam.

South Indian chutneys are liked by many across India, with the coconut chutney being a favourite. The main ingredients used to prepare for the variety of chutneys is coconut, peanuts, dal, tamarind, fenugreek seeds and cilantro, which is what sets itself apart to the North Indian preparation.

When it comes to breakfast, South Indian provides some of the most delicious delicacies that include Upma, Appam usually served with a delicious vegetable stew and Puttu, to name a few. 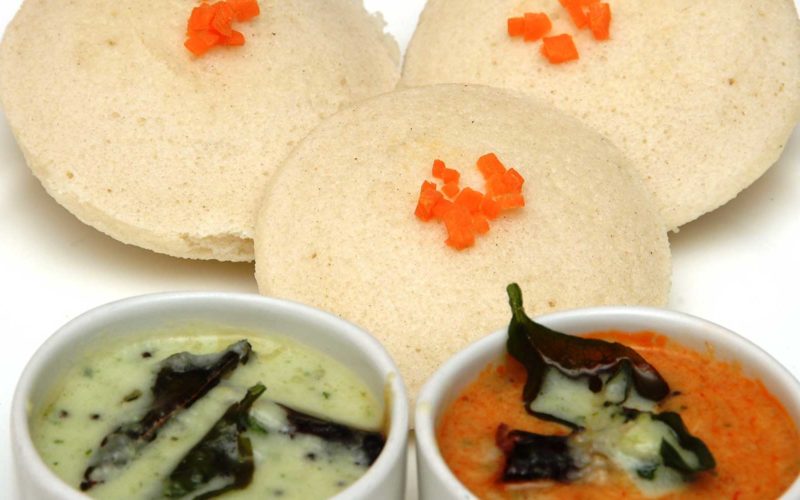